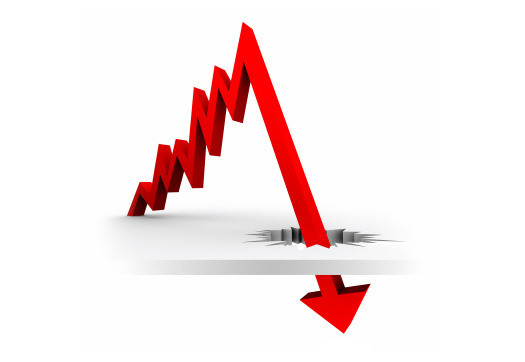 PIRAEUS (GR) – In its annual shipping survey Danish Ship Finance said that the current outlook for the Dry Bulk market seems unlikely to foster higher rates in any near future. "Temporary spikes in rates will occur throughout the year, but we expect they will be smaller and short-lived compared to previous spikes.

Although world trade is projected to expand at a reasonable pace in both 2012 and 2013, the overwhelming amount of new capacity scheduled to reach the seas in 2012 and 2013 will keep dragging spot rates towards operating costs. The low rates will inevitably force more tonnage out of the market, but even if scrapping activity continues at the record high level of 2011 this will not be enough to restore balance in the market in either 2012 or 2013. If contracting activity is kept at a minimum over the next couple of years, however, there might be room for an improvement in rates come 2014" said the research in its outlook of the dry bulk market.
According to the report, one new vessel is scheduled for delivery for every three currently at sea. “By January 2012, the aggregate orderbook contained a total of 201 million dwt. With a current fleet of 611 million dwt, a new vessel is scheduled for every three vessels at sea. Most of the orderbook by far is scheduled to enter the fleet over the next two years. 69% (139 million dwt) of the orderbook is scheduled to enter the fleet in 2012. If no vessels were scrapped during 2012, this would result in fleet growth of 23% in 2012. 43% (60 million dwt) of the deliveries scheduled for 2012 are Capesize vessels and another 29% are Panamax vessels. The remainder is mainly Handymax vessels. Assuming that all vessels are delivered the Capesize fleet will grow by 24% before scrapping in 2012, the Panamax fleet will grow 27% and the Handymax and Handysize fleets will grow 19% and 16% respectively” said Danish Ship Finance.

SCRAPPING ACTIVITY
Still, on a positive note, it also predicted that scrapping activity will remain high in 2012. “With the prospects of persistently low rates for at least another year and taking the large oversupply of Dry Bulk capacity into account, we expect the current high level of scrapping will continue throughout 2012. Having analysed the age structure of the current fleet as well as the age structure of the vessels demolished in previous years, we do not find it unreasonable to assume that scrapping can go as high as 26 million dwt in 2012. This would be the equivalent of 4% of the current fleet. Obviously this estimation is subject to uncertainty, and if vessels are scrapped at an older age than previously, less tonnage will be scrapped than we estimate. However, the price of scrap metal is currently relatively high by historical standards and this may motivate shipowners to scrap relatively young vessels in 2012” said the report.

NEWBUILDING CANCELLATIONS – POSTPONEMENTS
In terms of cancellations, they reduced the orderbook by some 13% in 2011. “Since current market conditions are not expected to improve the financial positions of shipowners in general, we assume that cancellations will continue to curtail the orderbook in 2012 and 2013. Assuming the same cancellation ratio in 2012 and 2013 as seen in 2011, cancellations will reduce deliveries by some 17 million dwt in 2012 and by 6 million dwt in 2013. Assuming the postponement activity of 2011 will continue in 2012 and 2013, we estimate that some 38 million dwt will be postponed from 2012 into 2013 and 25 million dwt will be postponed from 2013 into 2014. This will cushion the drop in scheduled deliveries and thereby smooth out fleet growth over the next couple of years” said Danish Ship Finance.
Based on the above, the researcher concluded that the net fleet will increase by 10% or 84 million dwt during 2012 and 7% (56 million dwt) in 2013. This scenario assumes no new contracting taking place with scheduled delivery before the end of 2013.

SEABORNE TRADE VOLUMES
In terms of demand, the report noted that seaborne dry bulk trade is expected to remain strong in 2012 and 2013. Total Dry Bulk trade is expected to expand by 8% and 9% in 2012 and 2013 respectively. The main driver behind the growth is once again the iron ore and coal trades, while trade in other commodities is expected to decline in 2012. China is projected to be the largest and fastest growing importer in the years ahead. Taking the current level of uncertainty in the global economy into account, trade growth may fall short of the current forecast if uncertainty transforms into an economic slowdown.
“Chinese Dry Bulk imports are expected to grow by 11% in 2012. Australia will remain the largest supplier of Dry Bulk commodities to the Chinese market with projected exports to China of 426 million dwt in 2012. However, although Australian exports to China are expected to grow by a healthy 9%, emerging markets are expected to increase their market share in 2012. Latin America and the Caribbean countries are expected to grow their exports to China by 13% mainly driven by Brazilian iron ore exports. African exports to China are projected to increase 12%. The low freight rates will continue to support imports of raw materials at the expense of domestic suppliers. This will support Chinese coal imports from Indonesia and as a result, imports from Asia are expected to rise by 11%” said the report.

DISTANCE-ADJUSTED TRADE VOLUMES SET TO INCREASE 9% IN 2012
Finally, “the longer trading distances resulting from the increase in emerging market exports to China will continue to support distance-adjusted trade volumes in 2012 and 2013. The distance-adjusted seaborne Dry Bulk trade is projected to increase by 9% in 2012 and 10% in 2013. Chinese distance-adjusted imports are expected to grow by almost 12% while Japanese demand is expected to rebound to 8% growth in 2012 and 2013 following the slowdown caused by the earthquake and tsunami of early 2011. On the other hand, European imports are projected to drop to only 3% as the continuing troubles in the sovereign debt market weigh in on the region's economic growth” concluded Danish Ship Finance.