Home >> A solution to the traffic arrest

A solution to the traffic arrest 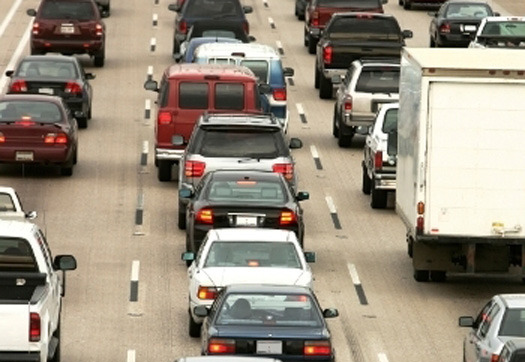 'The port of Antwerp and the port of Rotterdam are preparing investments in additional pipeline facilities, including pipelines between both ports'. 'In the delta of Eems (The Netherlands) a pipeline zone ' containing 20 or more underground pipelines ' is planned to connect the port of Eemshaven with Delfzijl, the latter being an area with growth potential for chemical industry'. It were promising promises that were recorded at a gathering of pipeline professionals of the Pipeline Industry Guild.

Yet, I was astonished when I understood that these pipelines would be exclusively attributed to gas and liquids transport; no square millimetre was foreseen for the transport of bulk goods such as containers, coal, ores, powders etc. The said (sad) reason: 'not profitable'.

Did I hear 'not profitable'? When studying the profitability of underground bulk transport only from the point of view of port management, they are possibly right. However, when considering that the road traffic around and between the ports of Antwerp and Rotterdam is an almost continuous traffic jam, it appears as if the ports management doesn't take into account the economic consequences of events that are influenced by the port's activities, yet are situated outside the port's borders. The economic cost of traffic jams in Belgium and The Netherlands is dramatically and rapidly increasing since a few years. And what about the ecological and social costs? 'That's are costs to be supported by the government and related public authorities' is the indifferent response of the port management. However, isn't there something as a shared responsibility? When ports are growing ' which is obviously to be supported ' it is unavoidable that traffic roads, railroads and waterways are congesting when no capacity increase is foreseen. It seams as of the ports are only focusing on railroad and waterway investments, yet the economic consequences of traffic jams, the related ecological burden and social stress, hence people's health, are willingly ignored. Is that what's called 'sustainable entrepreneurship'?

Nevertheless '¦ I'm not a transport specialist and regional planning is not my cup of tea, yet as a materials specialist I know for sure that pipelines are capable of transporting much more than only gasses and liquids. Let's consider for instance the 'Scheldelaan', one of the main road arteries of the Antwerp port. The Scheldelaan requires an urgent restoration; here and now is the moment to construct a concrete tunnel underneath the Scheldelaan, equipped with automated systems to transport containers and other bulk goods. And what about underground shuttles that would transport the personnel from the Antwerp rail station and car parks ' to be situated outside the port and the city ' to their work station in the port? When at the same time traffic above ground would be limited to the strictly minimum, more space would be available for new companies or company enlargements ' hence economy ' and '¦ more nature.

When you would not only consider the economic cost, yet would also take into account the ecological and social costs in your analysis, you would be able to inform the public on a much more correct, well-thought and socially responsible way. Underground bulk transport is offering much more economic advantages than you actually admit. An increased sustainability and our improved health ' hence economic activity ' will be your profit.