Home >> Fighting breaking out in the Bulk Freight market

Fighting breaking out in the Bulk Freight market 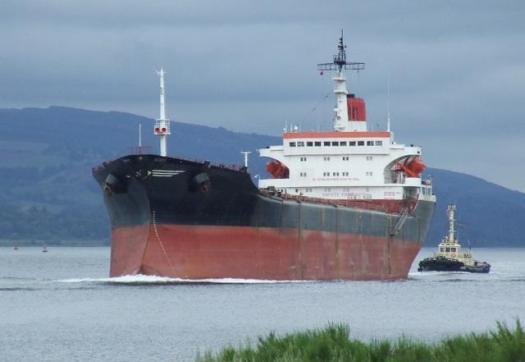 SOUTHEND ON SEA (GB) – When there is big money to be made, the opium trade, the Gold Rush, Kuwaiti oil, there inevitably follows a degree of dirty tricks or even war and the development of the new BRIC economies is showing the signs that some of the major factions are prepared to enter into conflict, particularly with regard to who controls the supply chain as enormous amounts of freight begin to travel the globe to support the rising stars.

Whilst India lags behind in developing the scale of infrastructure necessary to compete in all markets there are problems between Chinese and Brazilian factions over the logistics involved in carrying raw materials, particularly ore, to feed the growing economies. We reported recently on the problems facing COSCO, the Chinese state owned shipping group, and its refusal to pay the rates agreed with companies supplying vessels for charter. Now, having apparently paid up, the company, i.e. the Government, is pressurising the giant Brazilian ore producer,Vale, by refusing to allow the company access to port facilities.

Having examined its costs and future prospects the Brazilian group decided that economy of scale and the ultra competitiveness of the Australian producers, who are considerably closer to the voracious Chinese market with consequently lower shipping costs, meant that they would profit from owning their own fleet of giant dry bulk cargo vessels, some ironically built by the Chinese, possibly using steel made from Vale's own produce.

Now it seems the economic problems facing COSCO mean that it (or its owners) have effectively had the Vale ships banned from the port of Dalian leaving the company in the awkward position of having up to nineteen vessels, most the huge 'Chinamax' class, either delivered or on order with nowhere to land them. Blatant restriction of trade it seems is alive and well and living in Hong Kong (or possibly Beijing).
Vale has of course upset a host of people by entering the ship owners club and has been fishing around for months to try and find an Asian base to make their enterprise viable. Firstly it was to be Qingdao then the Tianjin Dongjiang Free Trade Port Zone near Beijing and subsequently Dalian. Without a proper distribution centre the project renders the operation of VLOC's no longer viable and although the company says it will develop the necessary infrastructure at Teluk Rubiah, Malaysia it really needs a Chinese mainland port capable of handling what it somewhat egotistically refers to as 'Valemax' class ships and currently only two besides Dalian (Dongjiakou and Majishan) seem to offer an option.

Even if, as is now being suggested, Vale does a deal with COSCO, or even another operator, to buy the ships at a knockdown price and then charter them back at a freight rate making it an economic option for the vendors, the very presence of more than a dozen ships each capable of carrying over 400,000 tonnes of ore at a time, will surely dent a market which is already in the doldrums.

Owners of Capesize dry bulkers must pale at the thought of the carrying capacity that the new vessels will wring from the market, no matter who owns them. Around thirty percent of Vale's current demand could be carried on the new ships within three years, almost 50 million tonnes of ore, and this in a market which may already be suffering from over capacity at that point.

An average Capesize ship carries less than half that of the new Vale vessels and, despite analysts' predictions that the new BRIC economies will fuel demand for raw materials, any ship owner looking at the performance of theBaltic Dry Index in the past year may be heard to whisper the Homerian adage 'Be still my heart; thou hast known worse than this'.